Back in the day when I worked at WordPress.com we were trying to figure out how to activate more users. Lot’s of people would sign up for an account, use it during that first session and then never come back.

The goal was to figure out how we could bring more people back. Naturally, one of the first things we looked at was email triggers. In the process of doing that we stumbled across something interesting that I’ll highlight below.

The first thing I did was simply to pull up my personal Gmail account. I typed the following into the search bar, “from:(twitter.com) twitter.com” and here’s what I saw:

I then tried, “from:facebook facebook.com” and here’s what I saw: 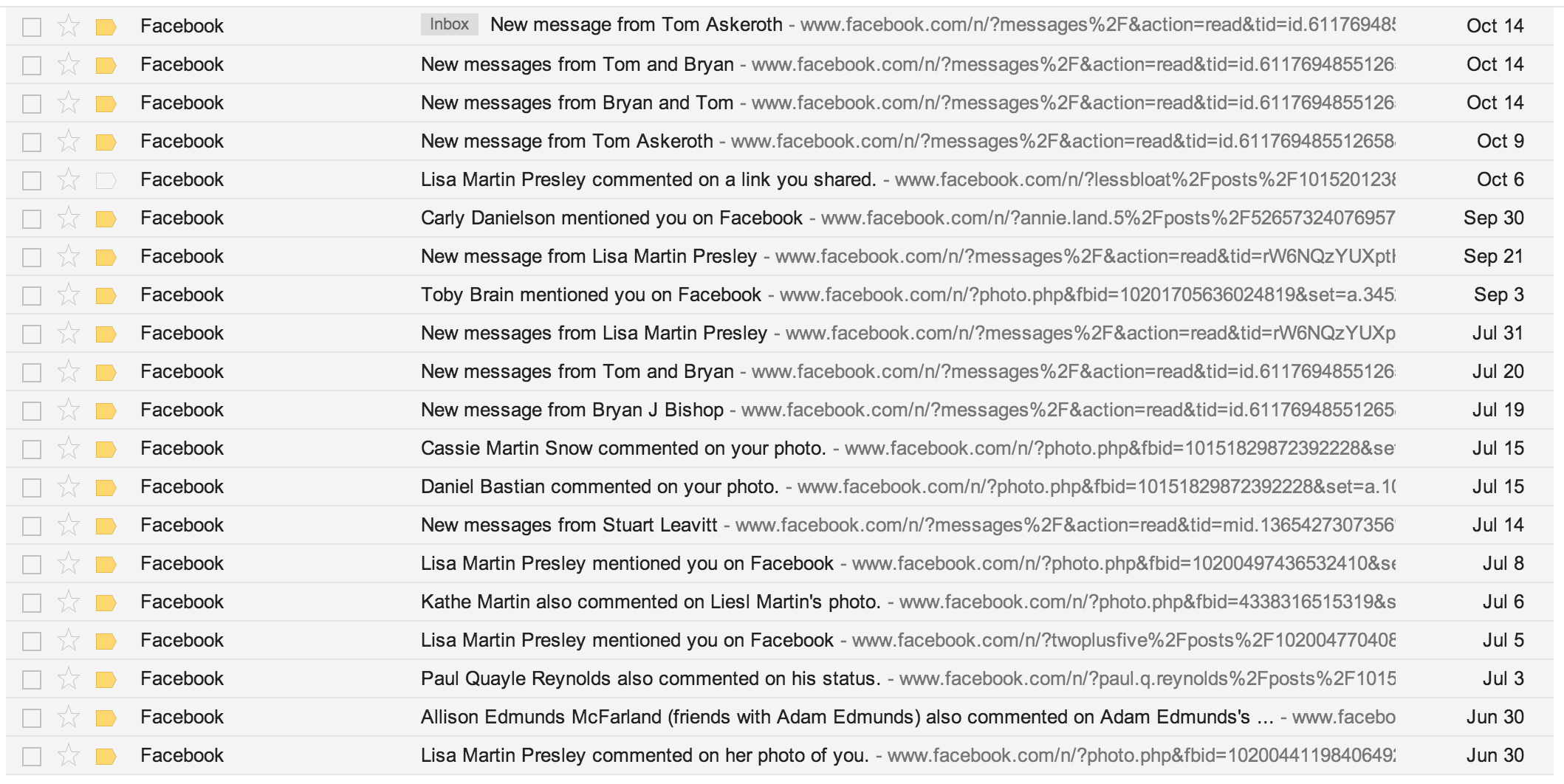 In reality, the average WP.com user would only see 2 emails from us (Activate & Welcome). I happen to just have loads of test accounts at that time.

Now before we go on, do you notice anything different between the first two, and the last example?

I’ll use a purple accent to highlight the thing that stood out to me below: 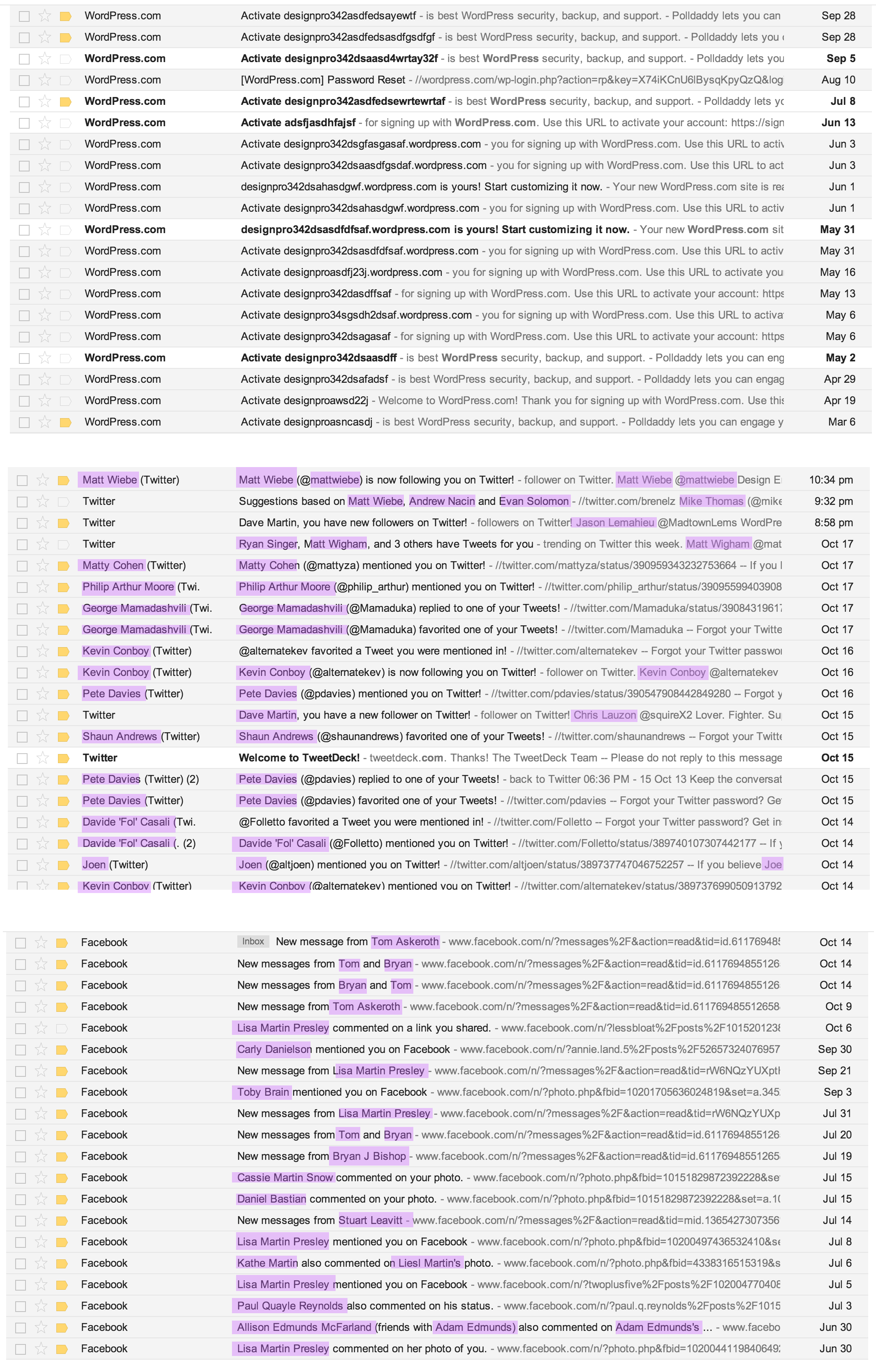 1) before someone forms a habit with your application, if you don’t find a way to trigger them to come back, they never will, and

2) users see automated emails coming from a company as SPAM. The trick is not to just add more emails coming from the company (which are perceived as spam). This is a trap that many companies fall into. The key is to leverage the users existing network and make it look as if “systems” emails are coming from their friends and family.

When you break it down, all they are doing is having their “systems” emails come from your friends & family, instead of the company. And it works wonders. When you think about it, it’s obvious why this works. You’d be SO much more likely to click an email with your moms name in the subject line, or your best friends name, than a boring vanilla subject line without any names.

I don’t do comments on this site, but if you have thoughts, I’d love to hear them. You can email me at its@davemart.in.